People-centric, unbound and flexible: How to be a Work in Any Way company 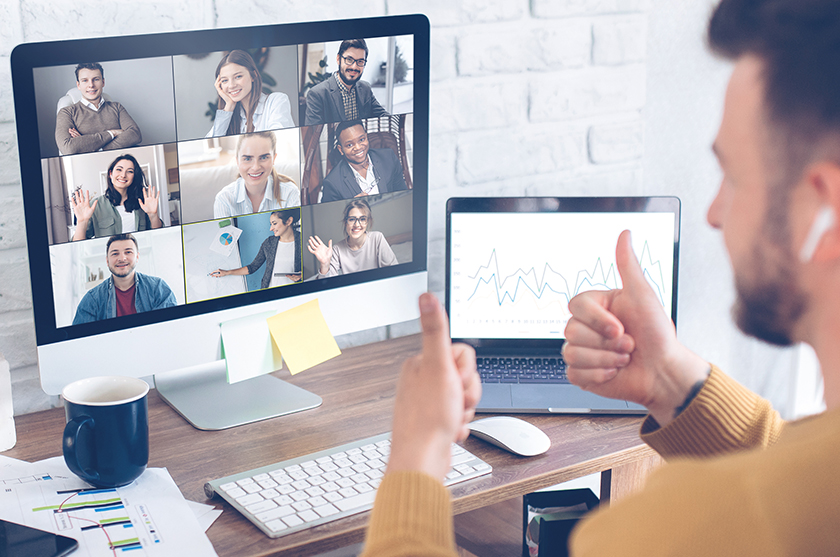 In our view, cultivating an evolved modern relationship with your team lies at the heart of Work in Any Way culture. We’ve already defined what Work in Any Way means and how it came about. Now we’re focused on how we see it coming to life in the real world, and how it can help you nab top talent all over the globe.

Individuals know what they want and how they work best; trusting and empowering them to make those choices, and then supporting them, is the best way to build the most engaged and productive teams. Companies who dismiss the importance of ever-changing expectations risk losing existing staff as well as potential hires to competitors and ending up with a stagnant and homogeneous workforce. Your goal is the opposite—to cultivate innovation and inspire your people to do what they do best. So how do you become people-centric, unbound and flexible? These companies offer considerable inspiration.

What could be more people-centric and unbound than creating a dedicated Slack channel to encourage employees to house-swap and experience what it’s like to live (and work) somewhere new? Recognizing that their workers’ happiness matters—they even have a Director of Employee Happiness—this remote-first company, maker of a digital product design collaboration platform, has done exactly that.

As the world’s largest remote-only company, GitLab has invested a lot of time in thinking about how to collaborate successfully and ensure their workforce is productive and healthy, with an emphasis on mental health. They work asynchronously and prioritize formal written communications for everything from training to meetings. Their remote playbook is thorough, instructive and free to download (and we highly recommend it). One of the boons of asynchronous work is increased productivity (corollary: less time wasted in meetings).

Spotify understands how much flexibility matters to their workforce, and thus their company success. They let workers decide if they WFH, at the office or from a co-working space. No matter what they choose, they’re given all the supplies and equipment they need as well as the freedom to move to any city or country within their region, as long as they can work in roughly the same time zone.

This startup, who makes anti-phishing tech for clients like the U.S. Department of Justice, understands that their people may want to take on other gigs for a variety of reasons, and they’re cool with that. Their handbook lays out their official policy, which is all about balancing the side hustle with primary job duties. Flexing to meet your employees matters, but you don’t have to bend so far you break. Business realities and outcomes still matter, too.

Rethinking the value of real estate has been top of mind for Dropbox since they announced their “virtual first” work policy in October 2020. They’ve divested themselves of some office space and they’re turning what remains into collaboration hubs called Dropbox Studios that are designed for F2F activities. Some examples: strategic planning and team building.

All of Europe’s Baby Boomers are expected to have retired by 2030. That translates to roughly 20% of the EU population leaving the workforce. This exodus has led the European Space Agency to find ways to retain skills that are in shorter and shorter supply. They're listening to the unique needs of this valuable subset of ageing workers, providing re-training and part-time options to retirees to retain their valuable skill sets.

Formerly known as Spot.IM, this tech company devoted to promoting the exchange of ideas via civil online conversations converts the monthly salaries of their workers to Bitcoin and pays them via digital accounts. They’re one of several organizations that offer payment in cryptocurrency (most of whom, unlike OpenWeb, are part of the cryptocurrency industry). Reportedly, both Twitter and the City of Miami have considered paying salaries in cryptocurrency as well.

When it comes to innovation, compensation structure remains fairly unexplored terrain but that, too, is changing. After undergoing a digital transformation, pharmaceutical giant Bayer sat down with its workers to understand what kind of rewards motivate them. In response, they crafted a flexible DIY approach to short- and long-term compensation. Managers decide on total compensation brackets but workers get to elect how much they want as base pay vs. incentive pay, with the latter being used as encouragement to develop new digital capabilities, which is a company priority.

This productivity software company is innovating in its sheer number of people-centric policies. None is necessarily groundbreaking on its own, but grouped together they add up to a totally different mentality—one that makes their workers feel valued. Doist limits work hours to 40 per week and covers the costs of a co-working space for people who don’t want to work from home. Everyone receives 8 weeks of PTO, gets a recurring budget for courses, conferences, music apps and hardware—anything that makes people better at work and makes work better for people—and individuals can spend one work month per year focusing on their very own passion project. They even invite new parents to bring their spouse or partner and baby to the company retreat.

Dreaming of permanent three-day weekends? At this remote-only company, it’s a reality. The four-day work week began as a month-long trial to help workers adjust during the early days of the pandemic, especially for parents with kids attending school from home, and it worked so well they tried it for six more months before making it company policy. Productivity and output remained steady or even increased, so Fridays are now part of the weekend (though they can be used for overflow work on an as-needed basis).

To spearhead our transformation into a Work in Any Way company, we’ve created a cross-departmental, cross-functional task force to build programs and gather resources to meet our evolving workspace needs. We’ve gone remote-first, converting existing offices into co-working spaces for those who crave F2F collab time, and Safeguard Global University, our training platform, have been enhanced to help develop leaders from within by pairing asynchronous on-demand trainings with live virtual sessions.

Learn how adopting a work-in-any-way HR strategy can help you win the talent war.

Why giving your workers what they want wins their loyalty

Reorienting your HR strategy around what your employees want (vs. what the organization wants) is a people-...

The future of work is Work in Any Way

The future of work has changed, and companies must build for a Work in Any Way world.

More Work in Any Way resources

Are your employees suffering through the traditional 9-5? Working asynchronously improves work life balance by allowing for work to be completed across time zones, during competing schedules.

7 inspiring quotes from HR leaders about the future of work

We asked global HR leaders about remote, hybrid, and the future of work. Their answers may surprise you.

Is commuting ruining your whole workday? It may be time to force quit and find the right job for you.

Work unbound, from Philadelphia to Qatar

A career revitalized in Mexico City thanks to people-centric hiring

Reimagining the work experience: How to make the shift from employer choice to employee choice

This HR Leaders workshop, in partnership with Safeguard Global, is an insightful discussion on one of today's most pressing business issues: the future of work.

The Great Awakening: How to design a ‘Work in Any Way’ Future

This HR Leaders workshop, in partnership with Safeguard Global, is an insightful discussion on one of today's most pressing business issues: the future of work.

The evolution of the hybrid work model

Work in Any Way: Reimagining the work experience

The future of work is people-centric, flexible and global. It's Work in Any Way. Learn why it's time to reimagine the work experience.

The evolution of work

No hybrid work plan? You're in deep water. Future-thinking companies are reimagining the workplace.

From office to ecosystem

The workplace has evolved and will continue to change from a physical location to an ecosystem that supports work. How should future Work in Any Way companies approach the new work ecosystem?