Home » Global Employment » Paying foreign contractors: What you need to know to stay out of risk
× Share this resource

Paying foreign contractors: What you need to know to stay out of risk

Whether you’re operating a business domestically or internationally, in order to succeed, you need quality team members to get the job done. Paying those workers as independent contractors, however, can be risky if your company is operating in foreign markets.

There are many factors to consider when paying foreign contractors if you want to stay in compliance, minimize operational costs and keep valued contractors happy on the job.

Accurately paying foreign contractors requires thorough knowledge of the tax and employment laws in the countries where your business operates.

These factors will weigh the heaviest when assessing a foreign country’s regulations and requirements.

How workers are classified. It’s up to the foreign government to define what constitutes an independent contractor vs. employee.

In general, if a worker is working for one employer for a long period of time, that worker is usually classified as an employee, and the company is expected to pay wages, benefits and taxes on that employee.

Penalties for misclassifying workers. Tax penalties can stack up if a U.S. company designates an international worker as an independent contractor but the local government classifies them as an employee.

Common tax penalties issued by a foreign government in a worker misclassification scenario include, back tax withholding on wages, benefits or any overtime paid to the worker. In some cases, paying full-time employee benefits such as vacation, sick and severance pay, to a contractor may trigger fees and penalties.

Be aware that employee misclassification lawsuits are not always initiated by the local government. Oftentimes, contractor workers will report a company to local authorities for misclassifying their employment status in order to receive back payments.

Employment paperwork. In the U.S., companies that engage with independent contractors require them to complete an IRS 1099 form to comply with American tax laws.

U.S.-based companies paying international contractors should have contractors fill out an IRS Form W-8BEN, which certifies their foreign status in the eyes of the U.S. government.

When engaging a foreign contractor, companies may need to ensure that the contractor is properly reporting their income and tax obligations to local authorities in their host country. It’s also a good idea to have a contract with an independent contractor that clarifies the worker’s role and tax and payment designations.

If a local tax agency claims that a business is operating within its country borders on a continuous basis, it may classify that business as a permanent establishment, and the company would be subject to local corporate tax and income reporting statutes—plus fees and penalties if the business isn’t in compliance.

Permanent establishment risk is essentially a tax and compliance risk. Any global company needs to understand its business designation in a foreign market, and all inherent tax laws and income reporting obligations that come with being classified as a permanent establishment.

How to approach paying foreign contractors

There is no requirement for U.S. companies to file an IRS 1099 Form to pay a foreign contractor. But as noted above, the company should require the contractor file IRS Form W-8BEN, which formally certifies the worker’s foreign status.

When paying foreign contractors, global companies face substantial risk if they’re not familiar with the nuances of local tax and employment laws, so getting proper guidance on local compliance is recommended before processing payments.

Here are some commonly used methods for paying foreign contractors:

International wire transfer. Companies can use their own bank to transfer payments to a foreign contractor via a global transfer network (usually SWIFT) that connects financial institutions across the world.

However, government regulations and employment laws vary by country and some contractor engagements may not be covered in an international money transfer.

Additionally, there are both upfront and intermediary bank fees attached to international bank transfers and currency fluctuations that can change the amount of the payment on a country-to-country basis.

With money orders, processing the transaction can be slow and inefficient. For example, the payer must physically send a staffer to purchase the money order at the post office, bank, Western Union outlet or other money order outlet.

Money orders may come with prohibitive fees, are slow to process given the physical nature of purchase, and the foreign contractor will, upon receipt of the money order, have to physically deposit the payment on their own. Additionally, exchange rates may boost the cost of a money order to the payer.

Checks don’t come with fees, outside of any postal fee for sending the payment via mail, but they travel slow and risk alienating valued contractors who want to be paid quickly and efficiently.

Payment is fairly easy and fast on a digital basis, unlike money orders or international payments, which can take days to process. Fees are in play for both the payer and the payee, and it's common for exchange rates to be marked up with a foreign contractor digital payment.

But the use of PayPal is restricted in some countries, making it a less reliable option, depending on where a company plans to engage workers. Companies will also encounter more security risks with this payment option in comparison to a typical bank transfer.

Working with a global employer of record. Even if a company has every intention of being compliant when paying international contractors, if it’s not versed in the nuances of a country’s labor laws, there is risk.

For security, compliance and financial protection, partnering with a global employer of record can significantly reduce your risk of noncompliance. An employer of record, like Global Employment Outsourcing (GEO), acts as your official and legal employer, so you can hire, pay and manage foreign workers without worrying about local employee tax and payment issues.

The employer of record, sometimes referred to as an international PEO, is responsible for making compliant payments to your in-country workers and remitting all employer and employee taxes.

With GEO, you can ensure your international workers are paid accurately, on time and in compliance with all local legislation. Speak with a global solutions advisor today to learn more about how GEO can help your company avoid risk when paying foreign contractors. 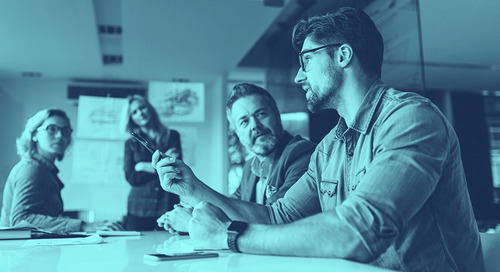 Leading through economic disruption: Insights for your global payroll and workforce 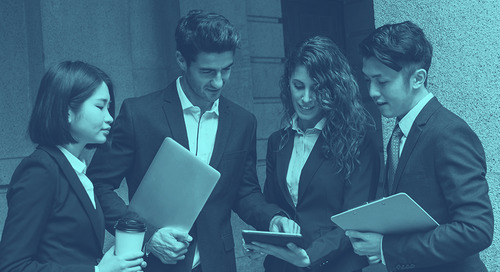 Permanent establishment risk: How to protect your organization when operating abroad

Is expansion into new countries presenting your organization with permanent establishment risk? Here’s how ...